Back to all posts

ATWOOD MAGAZINE: "YUIKA’S “PETTY” REVELS IN THE HONESTY OF SELF-ACCEPTANCE"

Thank you so much to Atwood Magazine for reviewing the new single, Petty!

"'Hello Mr. President I’m sorry to say, I don’t speak your language,' New York native Yuika Abe (better known by her stage name, Yuika) sings in a conspicuous open to her latest track “Petty”. The following lyrics, “But I do, I do I’m just pretending ‘cause I don’t like you”, directly allude to the moment in recent history that took the internet by storm in which the Japanese first lady pretended to not be able to speak English in the presence of Donald Trump as to avoid having to converse with him."

"In a world that needs laughter more than ever, to direct humor towards oneself and one’s own situation is something that requires acute self-awareness and even a level of courage. “Petty” juxtaposes apologetic remorse with blunt defiance, as one would when questioning one’s actions. Temperate instrumentation alongside gritty production effectively progresses sentiments outlined by contrasting moments of, “maybe I should stop / maybe I won’t stop”. In doing so, Yuika is able to offer a largely unique perspective of not only forgiving yourself for your less desirable qualities, but going as far as to embrace them as an honest and natural part of who you are. This notion is brought full circle as the track teeters on the line, “The pretty makes you touch me but the ugly shapes me” before resolving to “The ugly frees me”." 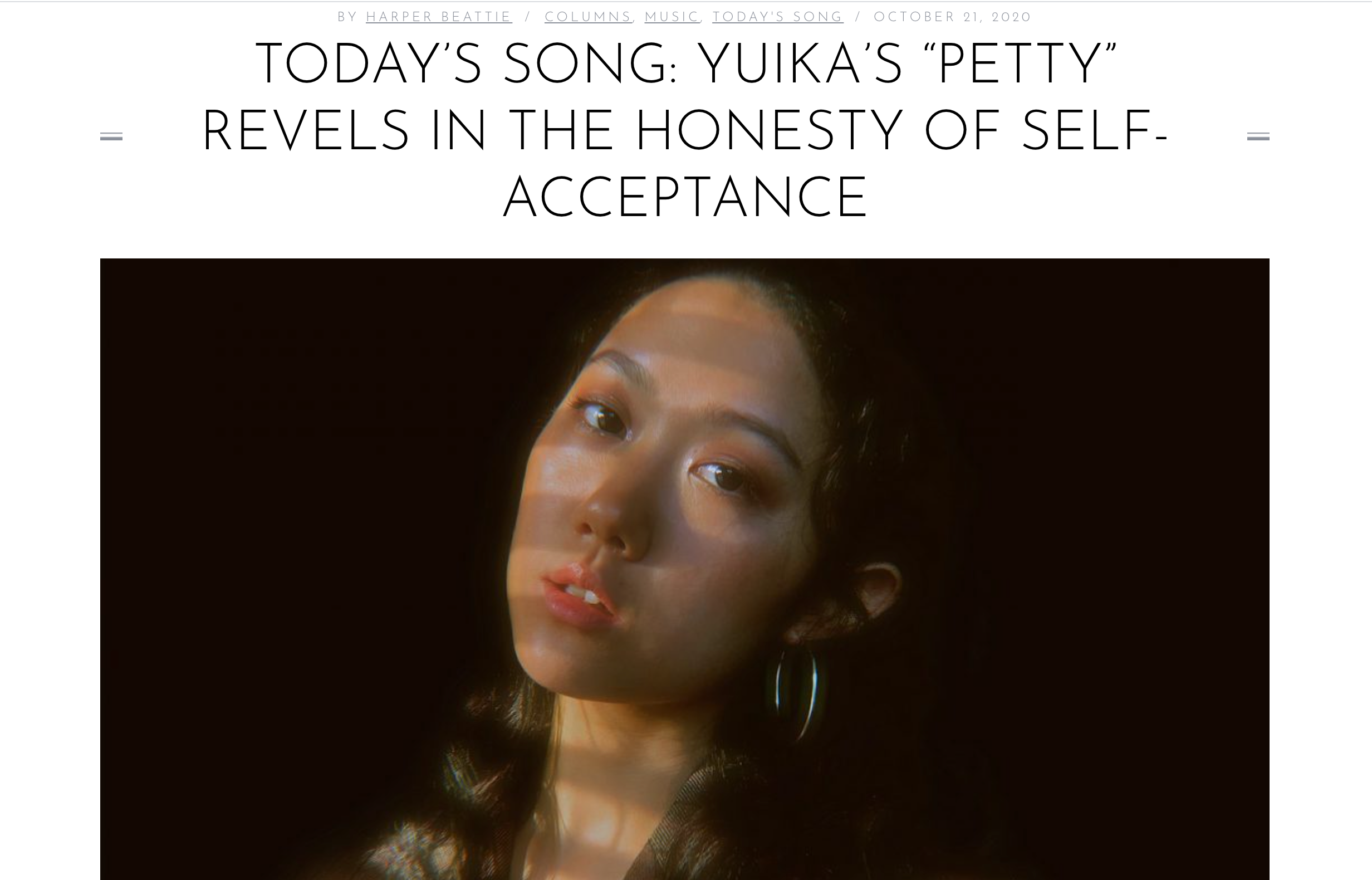 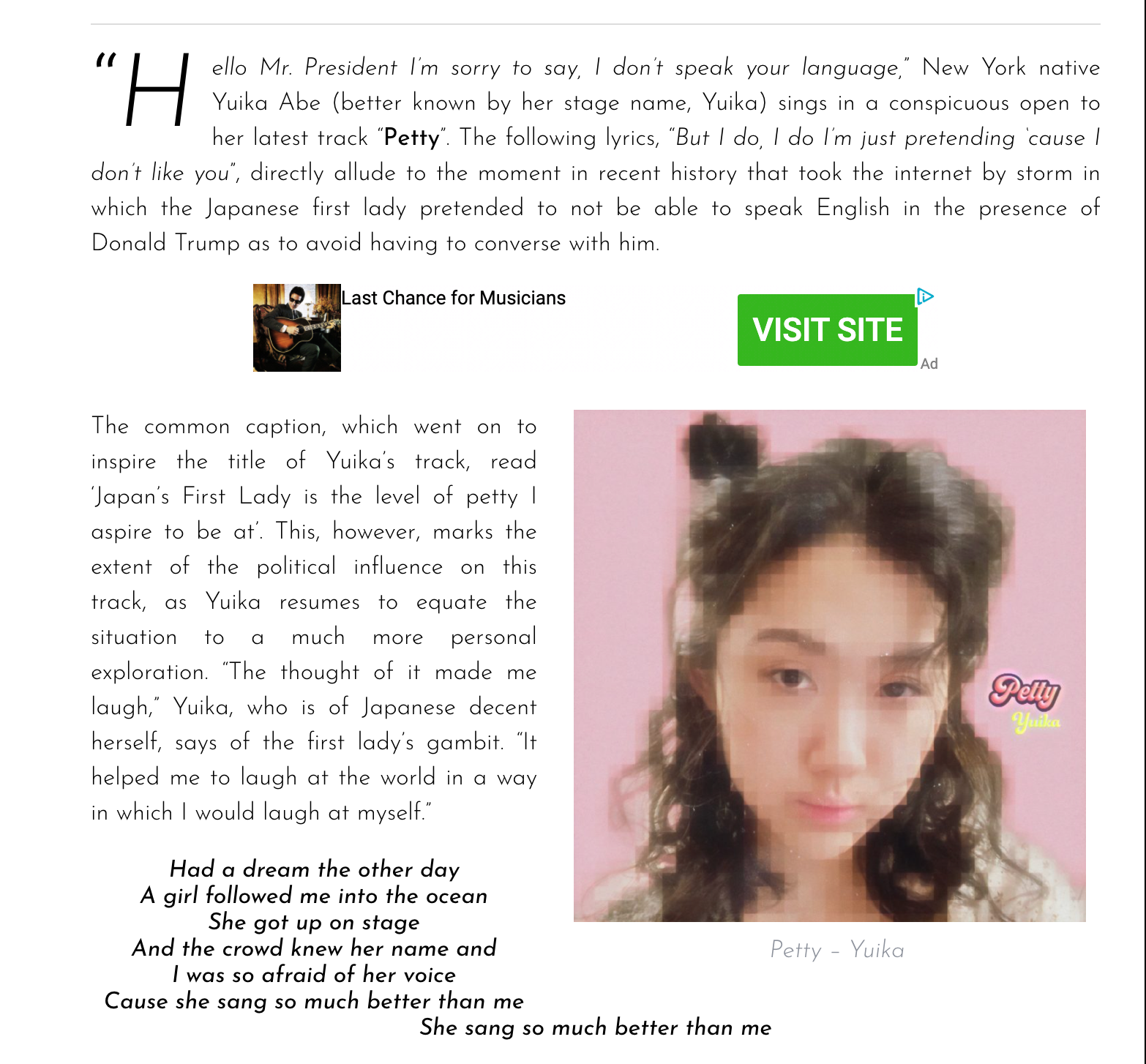 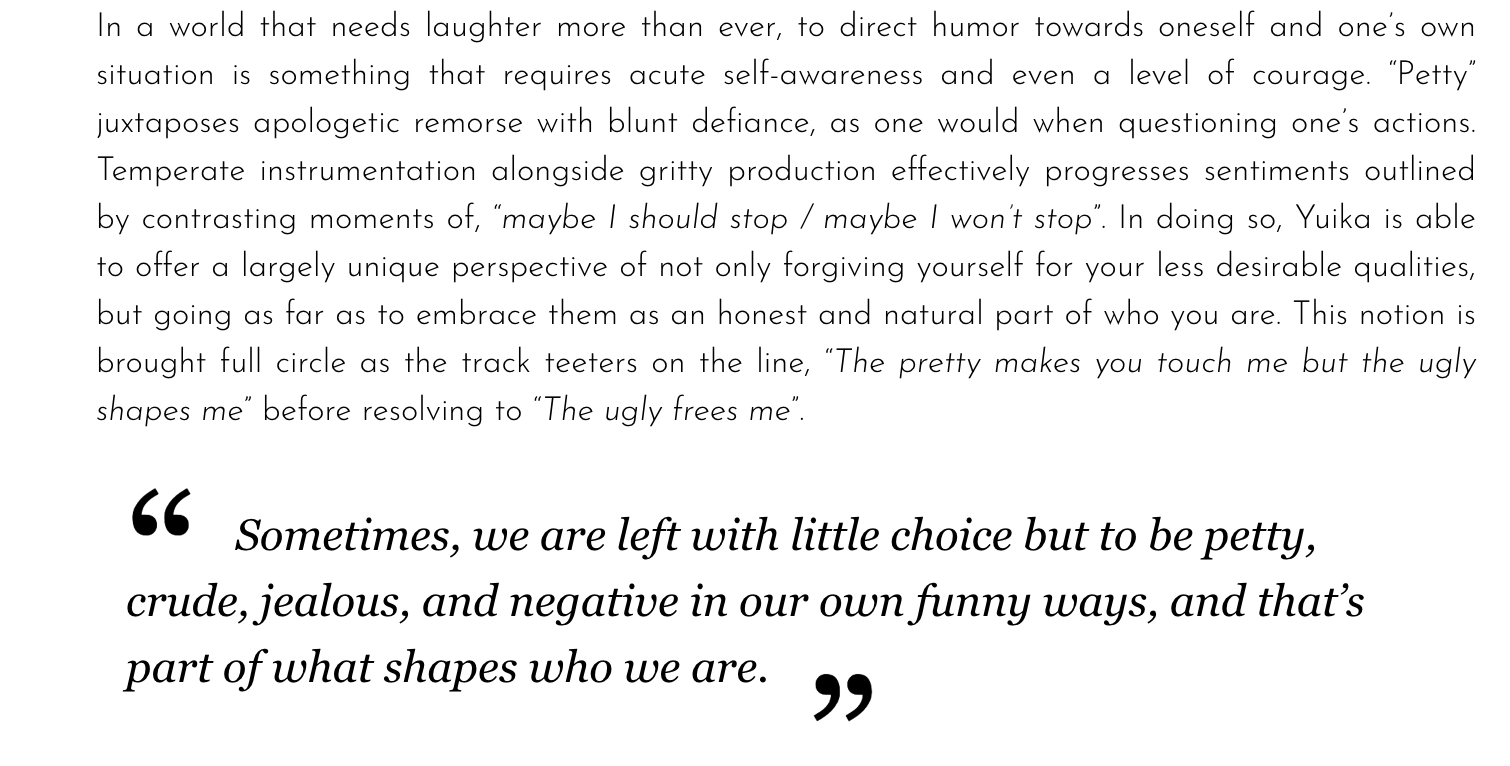